Average annual growth over the past five years lies at 14.5 % (CAGR). KEBA Industrial Automation Germany (formerly LTI Motion), which has been part of the KEBA Group since late December 2018, is included in the total annual revenue of €373.5 million.

The share of international business remains unchanged at around 88%. 66% of exports went to the EU (excluding Austria) and 16% to Asia.

Over the last year, R&D investment rose from almost €50 million to €62 million.

The size of the KEBA Group workforce remained unchanged at 1,730 employees.

As a direct response to the escalating situation in China, KEBA formed a corona task force in January with the aim of protecting employees and maintaining production levels and customer support as much as possible.

Thanks to early and extensive measures and the amazing dedication of our employees, we were able to continuously produce and deliver at all production sites during the lockdown. Only in China were operations suspended for three weeks due to local government orders.

In the current situation where international travel is limited, KEBA benefits from its worldwide branches. Our professional teams have the autonomy to service customers on-site. In addition, the company has an array of digital options available to keep in contact with customers and partners. All business divisions offer webinars which are very well attended. At the Linz headquarters, a real exhibition booth was even set up for the industrial automation business. Via live video, our KEBA experts can attend to customers or prospective customers anywhere in the world. This allows KEBA to actively service its markets despite the travel restrictions and trade show cancellations.

By acquiring the German drive technology company LTI Motion, which now operates under the name KEBA Industrial Automation Germany, the Group has gained a new dimension to their business. The banking and logistics divisions now also share a common vision. It therefore made sense to map these new developments in terms of structure. The three business divisions are:

In this business division, KEBA develops and produces automation solutions using hardware and software for machines and robots. The solutions range from operation and control to safety engineering and drive technology.

In essence, this business division seeks to provide intelligent automation solutions that facilitate the handover of goods and services between the physical and digital world. This involves, in part, the ATMs and self-service kiosks used in banking, or the parcel lockers from KEBA, which are used by postal and logistics companies.

Electromobility has been a mainstay of the KEBA service range for more than 10 years. KEBA is one of the pioneers and top providers in the field of smart charging solutions for electric cars. Our charging solution, which we call the wall box, allows you to not only charge your electric car safely and reliably, but also connect your car with different systems through various interfaces. This business division also produces heating controls for heat pumps or biomass heaters.

Looking back on a decade of success

In the past 10 years KEBA has quadrupled its revenue from €92 million to €373.5 million

Average annual growth over the last 10 years has been about 15% (CAGR).

The number of employees has increased by almost exactly 1,000.

Through the founding and acquisition of new subsidiaries such as DELEM, specialist in automation systems for sheet metal bending machines (2013), KEMAS, expert in transfer solutions (2016) or the LTI Motion Group (2018), we have managed to greatly increase the international profile of our company in the last 10 years.

You can read the full press release here 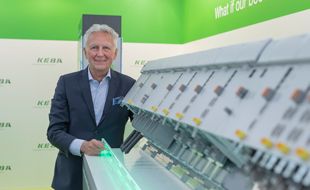 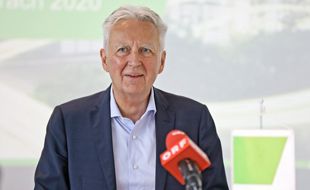 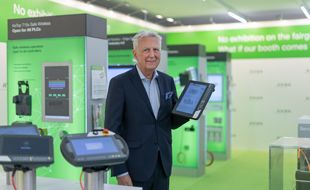 In order to remain in dialogue, the KEBA experts will come directly to the customer via live video at the newly constructed KEBA exhibition stand at the headquarters in Linz. © KEBA AG/APA-Fotoservice/Hartl